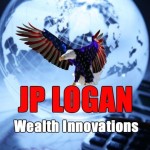 #HappeningNow #Muslim migrants are converting to #Christianity in droves

at this German church:

"I know there are — again and again — people coming here because they have some kind of hope regarding their asylum," Martens said.

"I am inviting them to join us because I know that whoever comes here will not be left unchanged."

Being Christian alone does not help an applicant, and Chancellor Angela Merkel went out of her way this week to reiterate that Islam "belongs in Germany." But in Afghanistan and Iran, for example, conversion to Christianity by a Muslim could be punished by death or imprisonment, and it is therefore unlikely that Germany would deport converted Iranian and Afghan refugees back home.

None will openly admit to converting in order to help their asylum chances. To do so could result in rejection of their asylum bid and deportation as Christian converts. Several candidates for baptism at Martens’ church would not give their names out of fear of repercussions for their families back home.

Most said their decision was based on belief, but one young Iranian woman said she was convinced most people had joined the church only to improve their chances for asylum.

Muslim migrants are converting to Christianity in droves at this German church
http://mashable.com/2015/09/05/refugees-converting-to-christianity/