Ancient Faith – A Walk Into the First-Century Church 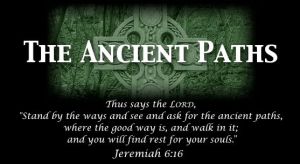 A Walk Into the First-Century Church

The world of the first-century was littered with racism and oppression. In the mind of a first-century Jew, Gentiles (Africans, Romans, Greeks, Syrians, Asians, etc.) were created to fuel the fires of hell.

When a Jew called a Gentile “uncircumcised,” he spit it. It was a name of profound contempt.

If a Jewish person married a Gentile, the Jewish parents held a funeral service for their child. In their eyes, their child was dead.

On the flip side, Gentiles regarded Jews to be sub-human. Historically, the Jews have been an oppressed people, living under the thumb of one Gentile nation after another (e.g., Egypt, Assyria, Babylon, Greece, Rome).

In all of human history, there has never been so much animosity, hatred, and violence between two groups of people as there has been between the Jew and the Gentile.

But alas, in the first-century, there emerged a group of people on the planet who transcended this racial hostility.

Here was a group of people who saw themselves as members of the same family . . . a people made up of Jews, Gentles, slaves, free, rich, poor, male and female.

These were the early Christians. The Roman world stood in awe as they saw a people who hated each other began to love one another and do life together in the Name of Jesus.

Watch them walking into the market place together, arm and arm, singing with joy in their hearts.

This fact blew the circuitry of every person living in Century One. It shook the Roman Empire to its very foundations.

The church of Jesus Christ was a classless society. It’s members didn’t regard social status, color, or position. For them, there was no Jew or Greek in the body of Christ. There was no slave or free. There was no rich or poor.

Here there is no Greek or Jew, circumcised or uncircumcised, barbarian, Scythian, slave or free, but Christ is all, and is in all. Colossians 3:11

For the first two hundred years, the Christians only addressed each other by their first names. The reason? Because their last names indicated their social position in society.

Here was a classless, raceless society where all social distinctions were erased.

To their minds, Jew and Gentile, slave and free, rich and poor no longer existed. The early believers saw themselves as part of the same family . They were a new race . . . a colony from another realm, not of or from this earth. Yet for this earth.

DERWIN GRAY is the founding and Lead Pastor of Transformation Church. He is considered to be one of America’s leading voices on multi-ethnic, multi-generational, missional ministry. In their first two years of existence, Transformation Church was recognized as one of the top 100 fastest-growing churches in America by Outreach Magazine (2nd on the list by percentage for 2010). Derwin played for six seasons in the NFL for the Indianapolis Colts (1993-1997) and the Carolina Panthers (1998) and is recognized by many as the “Evangelism Linebacker.” He is also the author of the forthcoming book, Limitless Life: You Are More Than Your Past When God Holds Your Future (September 3, 2013). Learn more about Derwin at www.derwinlgray.com